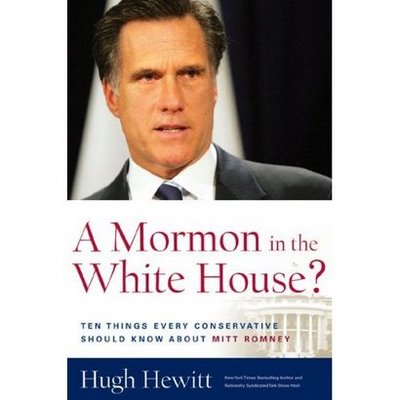 The evangelical Christian Hugh Hewitt thinks it is important to sell Mitt Romney to the religious right. He wants to stop any anti-Mormon talk now. Romney is obviously the early candidate of the social/religious right.

Watching how Romney, McCain and Giuliani fare in the next two years might be a good indicator of where the power is in the Republican Party. We should be able to see what the soul of the party is, unless everything gets muddied and complicated (as pragmatists love to make it).

My reading at the moment is that Romney has the social/religious conservatives; McCain has the pro-war, anti-corruption and independent voters; and Giuliani has socially liberal Republicans. All three candidates are mixed bags, and the task will be sorting through the positions to find the most important. My early preference is none of them, but gridlock with a Democrat President and a Republican Congress.

At this point, I am leaning toward Giuliani.